Previous post 237. “This sounds too good to be true! Hidden fees!” Next post 239. “Can I participate anonymously?”

When I found this technique and tried it, it actually didn’t work.

… that I was determined to make it work for me.

But despite that ‘thump-my-chest-self-motivation’, I also felt scared.

And that fear stuck with me for months, as I tried and tried but got no real results.

I mean, I thought I felt a little better. But nothing like these profound changes I had seen on the DVD’s I bought.

When I got back to Holland (I’m Dutch, but found out about this technique when I was in South Africa, working for IBM), I called a practitioner of the technique.

He invited me to his workshop.

And I was actually scared to go. Because I had been building this up in my mind as ‘The Solution’ I’d been looking for SO MUCH…

… that I was scared to lose that feeling of hope it had given me.

I was thinking “if this doesn’t work, I’m fu*ked”

I was afraid to lose that hope. Because it felt lightyears better than the despair and hopelessness I experienced prior.

Now I ended up going, and had my world rocked (I’ll share what happened in day #1 of the challenge). But I’m sharing this with you because…

… rather than to take action and find out it doesn’t work.

And while I totally get that kind of thinking, it would be such a shame for you to miss out on this opportunity.

In today’s episode, hear it from some people who had similar thoughts, but decided to go for it anyway.

Hope this inspires you to get started, right away!

And, this solution I’m providing isn’t even the only way. There are many other ways too. But, it happens to be a very powerful and effective one.

That has worked for tons of people already.

Will it work for you?

I’m convinced it will.

How about giving it at least a committed try?

3 days left before we kick-off!

And let’s go through #TheJourneyToSocialConfidence together.

See you inside the challenge,
Seb

Want to overcome your Social Anxiety
without awkwardly facing your fears?

Start with the FREE “7 Secrets to Social Confidence” Mini Course! 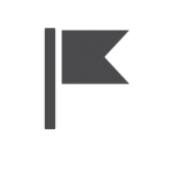 The 5 Stages to Social Confidence

See video testimonials of former sufferers who beat SA. And get a roadmap on how to free yourself of SA. 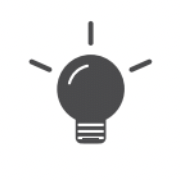 Discover why you experience SA, what happens in mind and body and how you can get rid of SA completely.

The Power of EFT Tapping

Find out why tapping is the best tool to overcome Social Anxiety completely, how it works and tap along with world class experts. 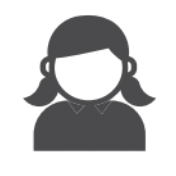 The 3 Keys to Social Ease

Learn about the best kept secrets to overcome Social Anxiety, and how to use them on your journey to Social Confidence.

Sign up now to receive the FREE ``7 Secrets to Social Confidence`` Mini Course!

Bonus: Get a 22 minute Transformation Video to instantly reduce your Social Anxiety!

Join me
Latest posts by Sebastiaan (see all)
Previous post 237. “This sounds too good to be true! Hidden fees!” Next post 239. “Can I participate anonymously?”