How To Deal With Your Fear Of Awkwardness in Social Situation

In this episode, I will be sharing with you how to deal with #socialawkwardness.

Watch the full video and you will learn:

Tune in to my video next Thursday. I am doing a tap-along video to #release your fear of awkwardness in #SocialSituations.

Get that by subscribing to my YT channel here. 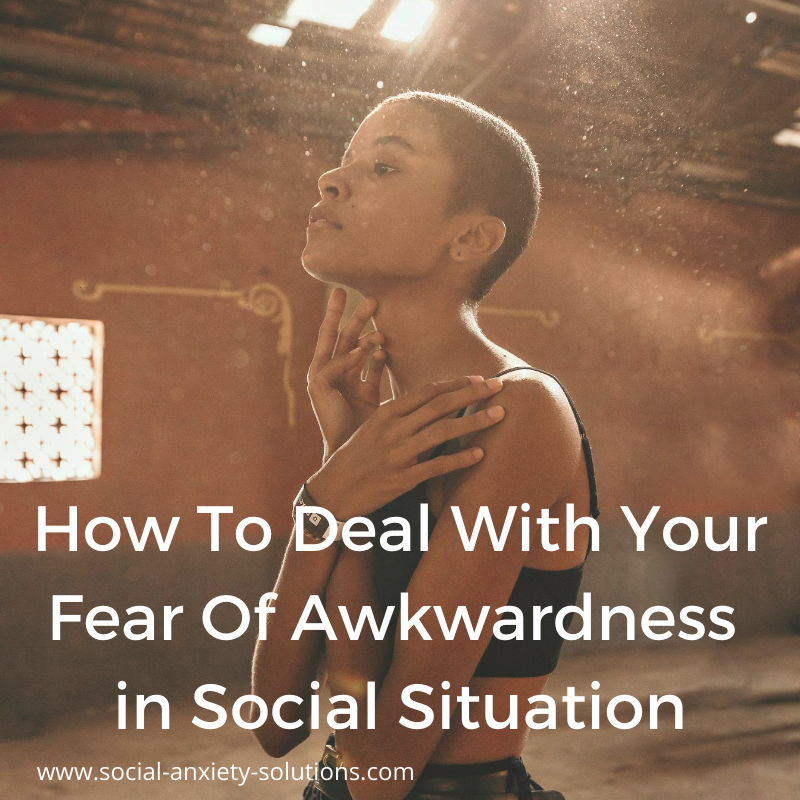 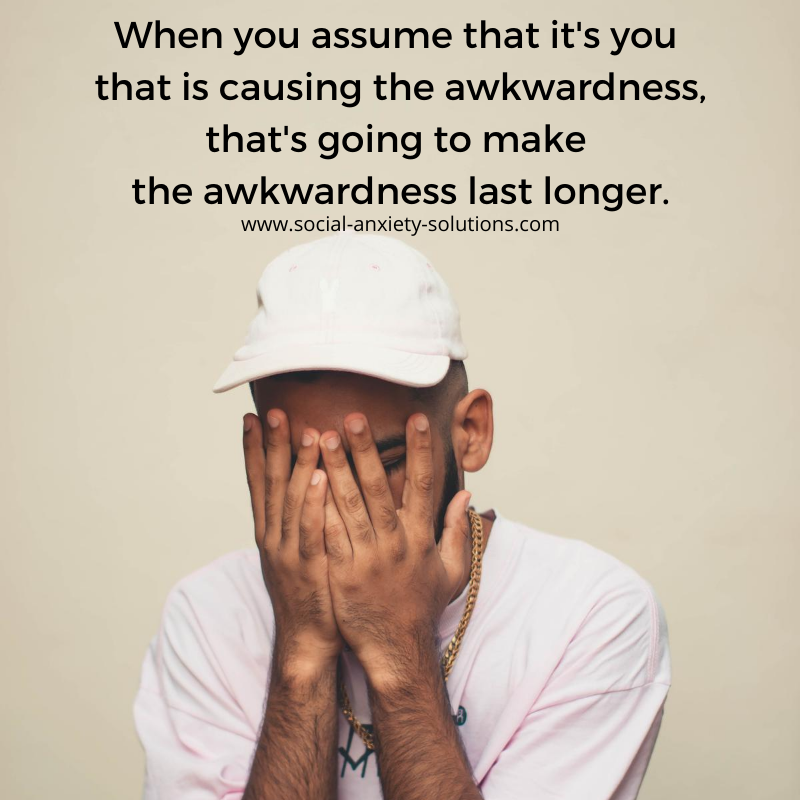 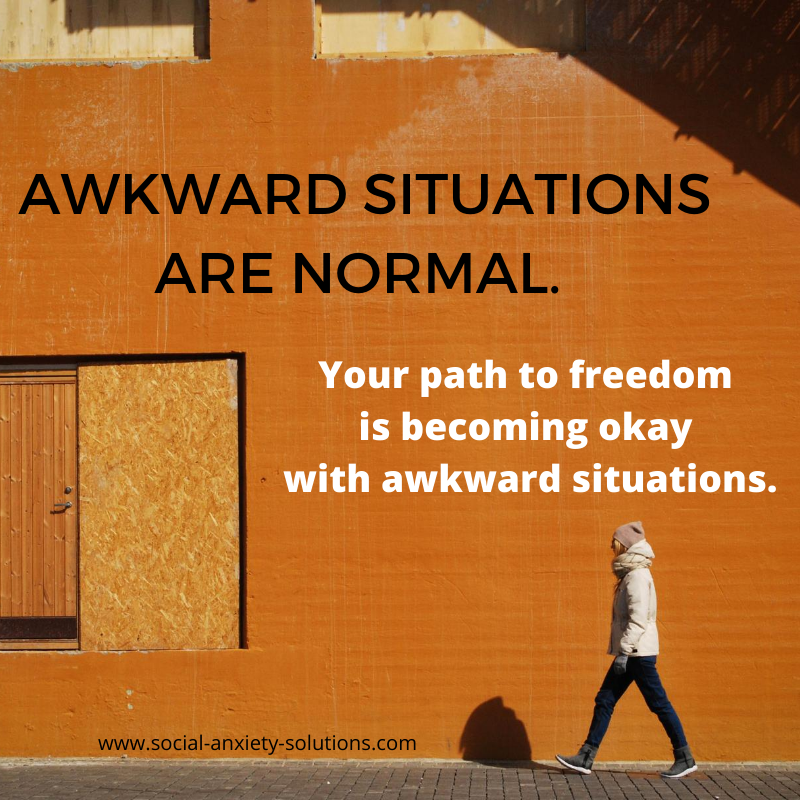 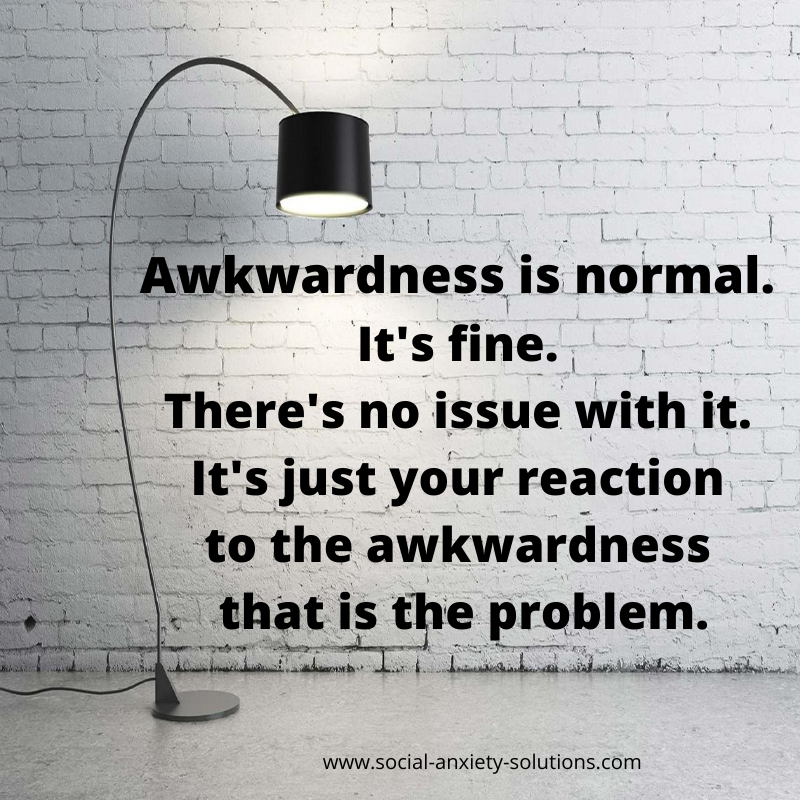 Hey! This is Sebastiaan from www.social-anxiety-solutions.com

I’m a former Social Anxiety Disorder sufferer, and I speak about Social Anxiety a lot. That is because I’ve managed to overcome it myself, and I’ve been coaching people with social anxiety for a long time, and a problem that a lot of people report is the FEAR OF AWKWARDNESS.  I thought I’d share with you a couple of things about that because I think it’s going to help you.

First of all, here’s a misconception.

People that experience a lot of anxiety in a social situation, they often think that they are the cause of the awkwardness.

They often say things like, “Oh my God, I got so anxious. I made that other person awkward.”

You experienced the same kind of anxiety. Joe gets awkward about it, and James is fine with it.

What does that tell you?

It tells you that this guy has some issues himself. It’s his reactions to your anxiety that is the problem. So, you shouldn’t take responsibility for other people’s awkwardness.

Secondly, (you might be listening to this on a podcast. I have podcasts and I used to interview a lot of people – I’m going to get back into that very soon.) I interviewed a couple of my socially at ease friends, and one of the questions that I asked them was “Hey, a lot of my clients have problems with awkwardness. How do you deal with it? Does it come up for you? Do you deal with it a lot? How do you handle it?”

Their reaction? (I’m thinking about two people in particular – Gina and Eric). They both have pretty much the same reply. “Yeah, of course, we deal with awkwardness. It’s part of life. It’s normal to experience awkward situations. How do I deal with it? I don’t know. We share an awkward moment and it passes and that’s it. Or maybe, I try to change the topic, or sometimes I even bring it up like “this is getting awkward”.”

In other words, awkwardness is normal. It’s fine. There’s no issue with it. It’s just your reaction to the awkwardness that is the problem.

You’re going to be upset about it. It’s going to trigger your anxiety. That’s not helpful.

Secondly, if you think that awkwardness is not normal, and it’s uncommon, it doesn’t happen for “normal people”. There is no such thing as normal people, but that’s a different story. And you’re also not an anxious person. You just happen to have anxiety for a long time in many situations, but you’re not an anxious person – also a different story.

It’s a misconception to think that awkwardness doesn’t happen for other people.

I’ll tell you a story. Maybe four-five months ago, I’ve been out dancing, I drive home, I go to this other place where there’s still some salsa playing, and there are a couple of friends of mine. There’s also this guy from soccer that I used to play with.

Let’s just say that on the pitch when I play football, that’s where I still need to do quite a bit of healing. I’m a very competitive player, and this is something I’m very good at. If I have someone in my team that’s not that great of a player, I sometimes kind of tend to slip a little bit and I try to keep it to myself, but sometimes it slips and I get really annoyed.

It’s difficult to hide for me. I’m not great, I’m not proud of it and I’m not happy about it. But I’m doing my work to try to work on it. Needless to say, at soccer, that’s where make the least friends.

I arrived in this place where there is dancing and I see this guy that I have the most trouble with at soccer. Let’s just say I like him the least, or another way to say is that like he likes me the least. We’ve had some beef back and forth during soccer. Now, I meet him in a social gathering at the bar where a couple of other friends are out there, and he’s there with this girl and I come walking in. The first guy I see is him. He’s like, “Oh, hey, how’s it going.” He’s had very high energy. I’m like, “Whoa. That’s a very different kind of energy that I’m used to between the two of us on the soccer pitch.” Now all of a sudden we’re like a very “buddy, buddy”. And it was kind of awkward.

It was an awkward situation.

Anyway, we dealt with the awkward situation. I knew it wasn’t mine. It was a shared awkward experience. It was awkward for him, it was awkward for me. Probably, it was also a bit awkward for the girl as well as you could tune into it, it’s fine. Then, I moved on from that, and that was the end of it.

Another example is there are two of my friends (this is also in a dance place), and I walked over and we talk a little bit we joke around and one of them says, “Hi! We’re trying to avoid that guy.” They’re pointing over to this guy over there. I’m like “Oh, I know him.” They’re like, “Yeah, we know him too.” I’m like, “Oh, yeah, it’s this guy (I’ll leave his name out) I don’t I know him very well. But I’ve spoken to him once. He was invited to my neighbors’ party where I was as well. I kind of vaguely know him.” And they’re like, “Yeah, well, she (Cathy) is very good friends with his ex-girlfriend. They’ve recently broken up.” Cathy doesn’t want to run into him because it’s going to create an awkward scenario. It’s going to be an awkward situation.

Now, these two of my friends, they’re not “socially anxious”, but still, they don’t really want to deal with that awkward situation. Right?

That’s common. That’s normal. Other people have that too. It’s just exaggerated when you’re dealing with anxiety issues.

Awkwardness shows up, it’s okay, you can handle it, and you can ride the wave of the awkwardness.

Now that comes from actually being comfortable with yourself. And it also comes from not labeling awkwardness as something really bad. And as something very unique and something that you cause, because those are, let’s just say irrational thoughts or irrational beliefs, those are the things that make it worse.

In order to overcome your social anxiety most effectively, you want to merge Western Traditional Psychology with Eastern Energy Psychology,

Western traditional psychology has some good facts. Changing your thoughts is helpful in some scenarios. But mostly, it’s missing a key component and that’s addressing the emotional side of the problem – releasing the traumatic and the old archaic emotions that are causing or contributing to your brain perceiving threats.

That’s where tapping, energy psychology, and other techniques come in.

But, we need the best of both worlds. You need some proper logic you need to have the right kind of thinking. And so I hope that this video helps you with this thinking about awkwardness.

Welcome it, love it, enjoy it, have a good time with it.

Next week, I’ll do a little tap along on the fear of awkwardness.

What is a tap along?

Alright, so if you want to experience that, tune in next week.

Next week we’ll be using a technique called Emotional Freedom Techniques (E.F.T) or tapping, and it’s going to be a good time.

Make sure that you’re subscribed to this video. Hit the bell. So I don’t end up in your gazillion subscriptions, you get a notification and I’ll connect with soon 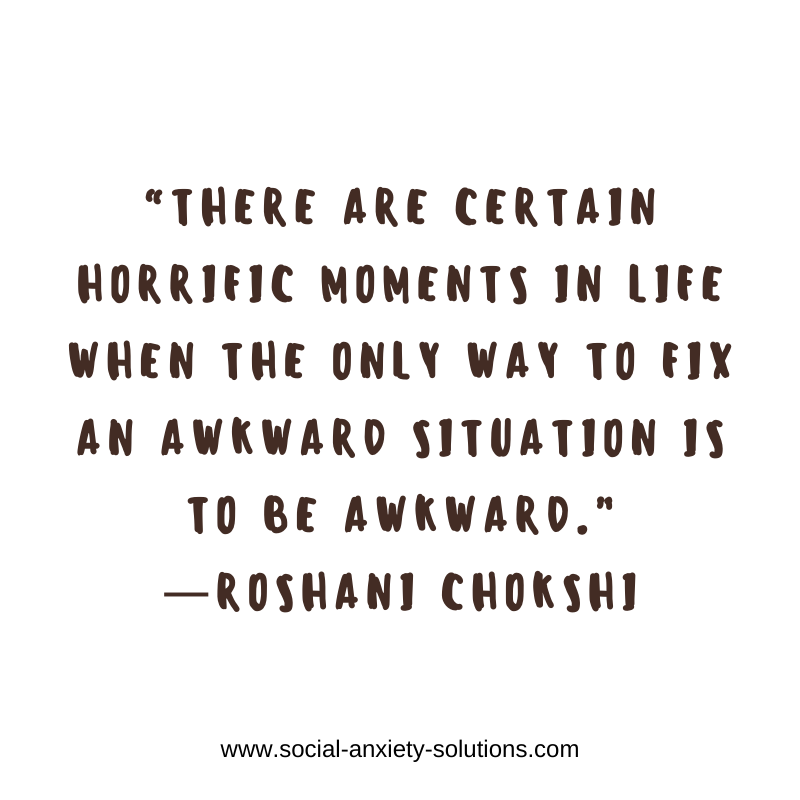 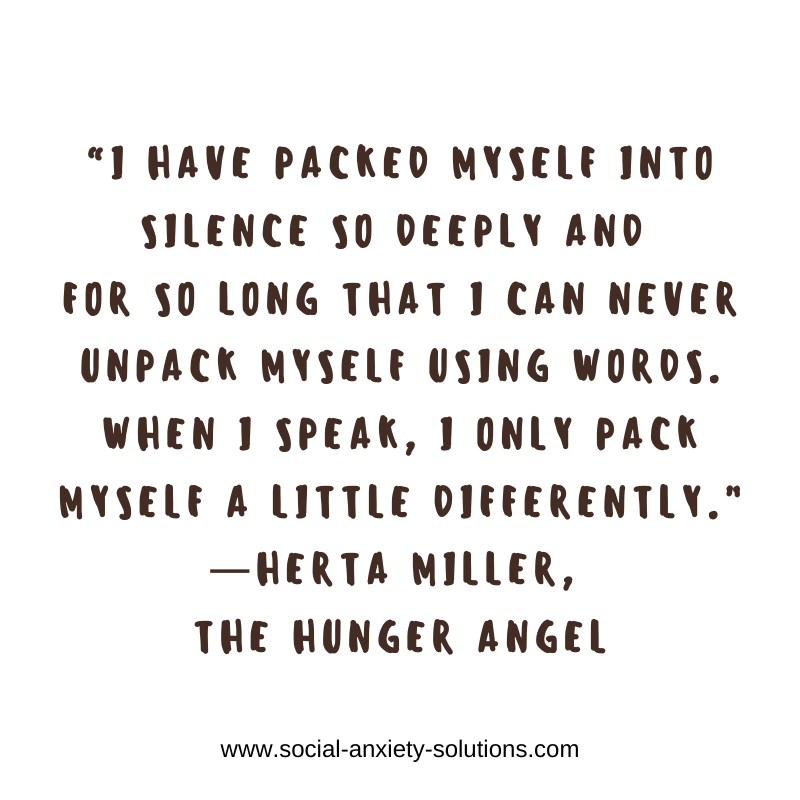 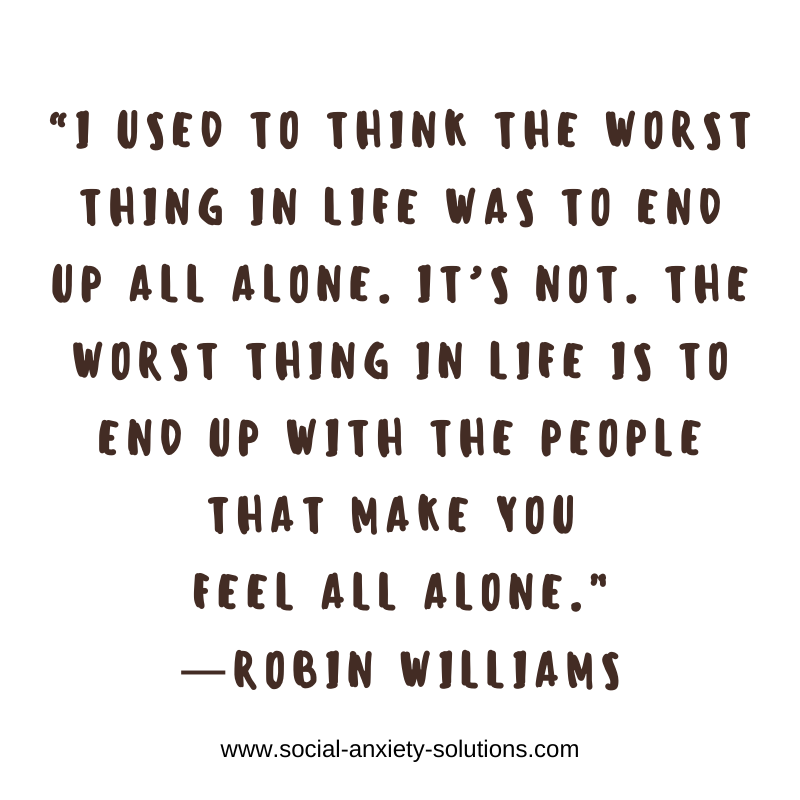 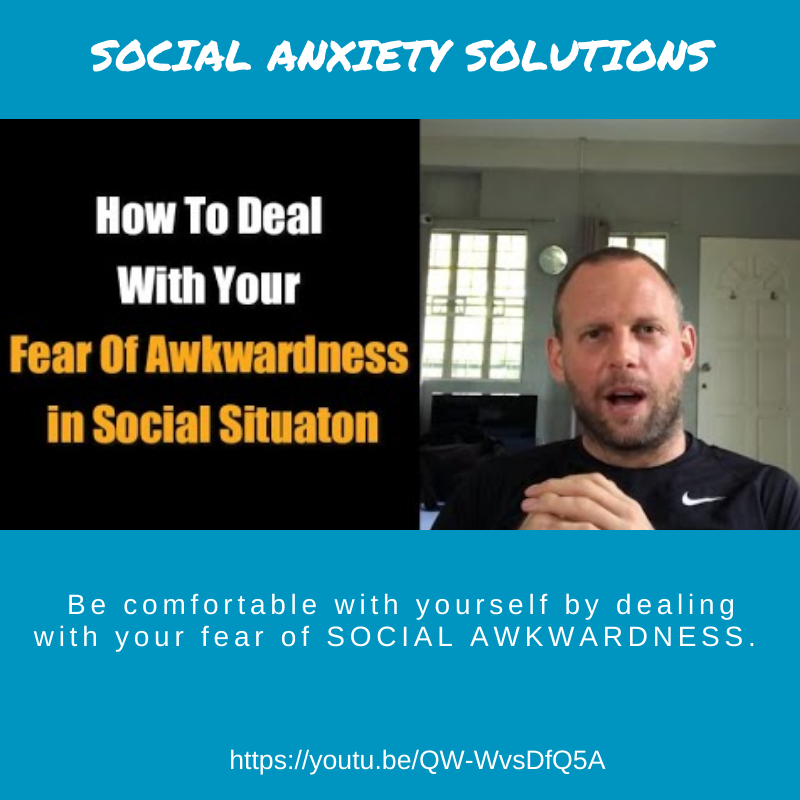 Join me
Latest posts by Sebastiaan (see all)
Previous post How To Overcome Your Social Anxiety Using The A.C.T Approach Next post Reduce Your Fear Of Social Awkwardness In Social Situation [Tap Along]
Social Anxiety Solutions © 2019 All Rights Reserved.