Get inspired by the possibilities because testimonials are flying in from people just like you who were struggling and are now getting results with tapping.

If you think you aren’t too sure about this tapping thing and your doubting if it is possible to ever eliminate social anxiety, then these are for you!

I’m starting off by sharing the first one today to kick things off.

And if you have your own successes that you want to share, send your story here. 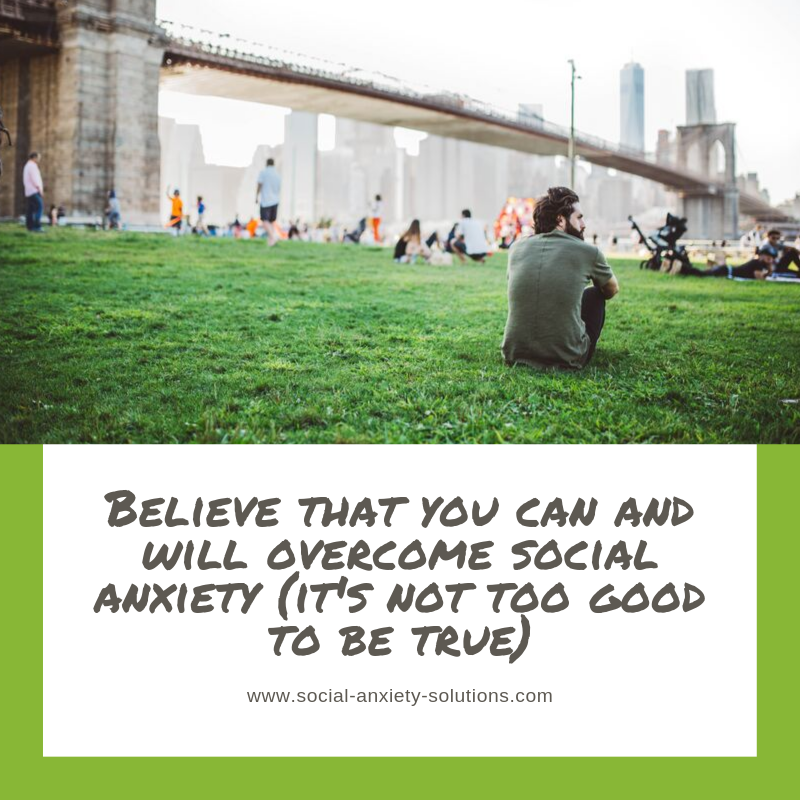 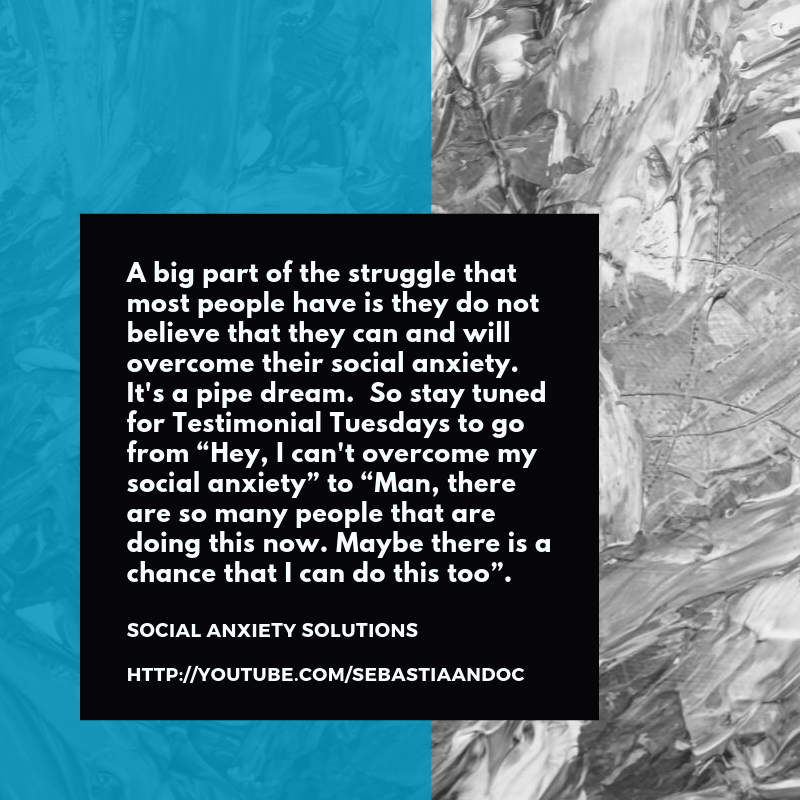 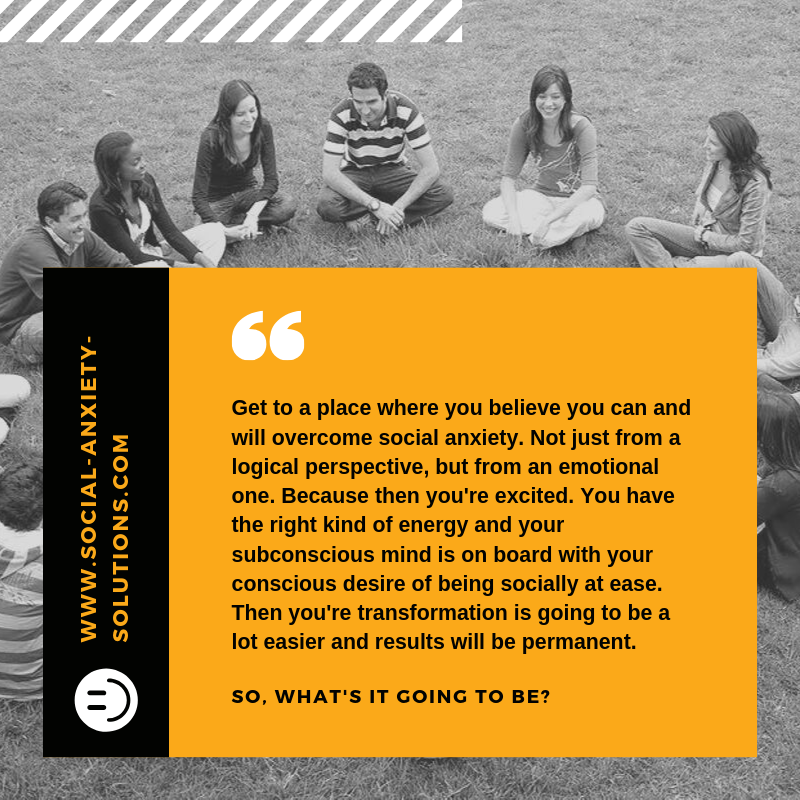 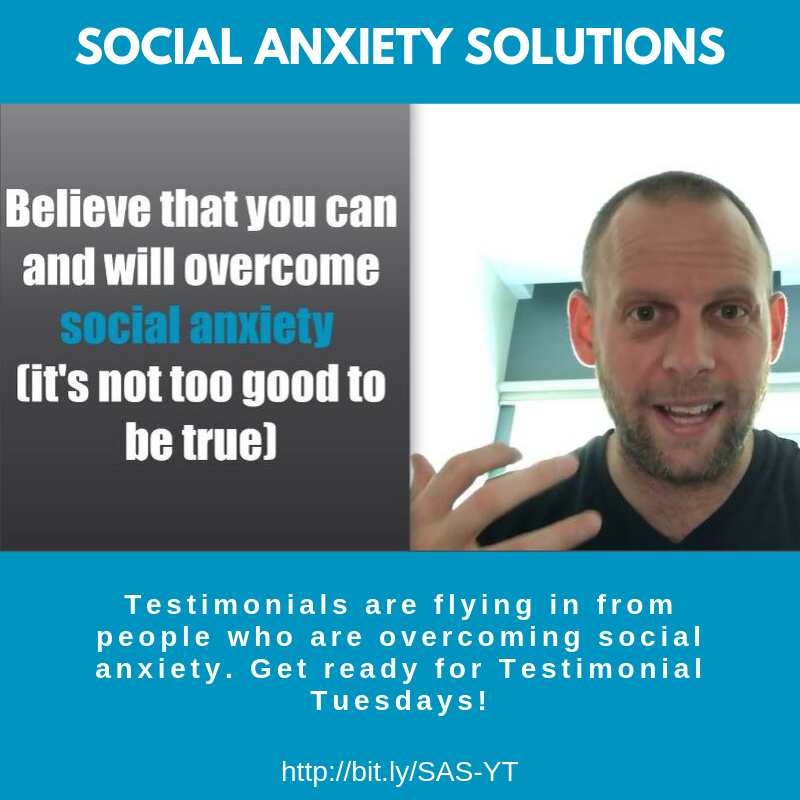 Sebastiaan: Hey, this is Sebastiaan from social-anxiety-solutions.com. I’m a former social anxiety disorder sufferer and a social confidence coach. I help people feel relaxed and at ease and comfortable and free-flowing and spontaneous in social situations so you can connect with others have a good time and just not worry about what other people think because that’s kind of nice. All right, so, I hope people do that.

This week I’m going to announce something. What’s that announcement? Well, I’m going to start putting out Tuesday content and I’m going to call it “Tuesdays Testimonial” or “Testimonial Tuesdays” because I’ve realized that a big part of the struggle that most people have is, they do not believe that they can and will overcome their social anxiety.

It’s a pipe dream. It’s something like “Yeah, for other people maybe but I’m not sure. It’s too good to be true”.

And I realized that even though I have I think eight video testimonials on YouTube that are also released as an audio version on my podcast, the more the better and I have a ton of testimonials. So, I thought hey, what is a cool way to put out some more content, add more value and help people shift that belief to go from “Hey, I can’t overcome my social anxiety” to “Man, there are so many people that are doing this now. Maybe there is a chance that I can do this too”. So, look out for that “Testimonial Tuesdays”. So, very cool. I’m excited about this.

What is it going to be? It’s super short. So, these podcasts or videos are literally going to be like one-two or three minutes short and I’ll just read out a comment that was made under a video or a testimonial that was sent to me. You can do that too. You can send me a testimonial by going to social-anxiety-solutions.com/contact and I might read them out on a video or on a podcast. So, there you go. That’s what’s up.

Now, to kick it off, I’m going to do that today even though Thursday that you’re seeing this possibly. At least then I’m releasing this.

So, last week, it was my birthday and I gave out a free coaching session that replay that was part of my fear of overcoming negative judgement coaching series which is a five-part video, tap along online product. It’s actually five live webinars that I’ve done for once filled to come with Mahsa where I help her overcome her fear of negative judgment.

In fact, I helped her overcome a lot more than just a fear of negative judgment but hey, that’s what the program is called because that’s how we initially started. People just focus on the session. So, you watch the session and you tap along.

And as you tap along your subconscious links the issues that we’re talking about on screen. Social anxiety is very similar to your issues and as you tap along your issues start to release. And so, I gave away a free replay of that one of the five replays of those live webinars that I did. I gave away for free for seven days. So, if you’re watching this it’s too late. Sorry.

I received the comment under that YouTube video, not the actual video where the replay was but I received a reply under my YouTube video where I announced that free live webinar coaching session replay. And that comment was something along the lines of

“Hey, Sebastiaan, I was watching the video but it didn’t do much for me or it was very difficult for me to follow along with. I was constantly thinking about why am I doing this? This is stupid, it’s not going to work anyway. Why would I bother? Why would I follow along with this? I’m just wasting my time. In my head, I was constantly distracted”.

But unfortunately, that’s not the one that I shared. I shared the first one. And in the first one we addressed the root cause of our social anxiety, the repetitive negative experiences from early childhood.

And while many, many people reported profound transformation simply from tapping along that you didn’t get that was because you were dealing with too much subconscious resistance and therefore your focus was distracted and you weren’t able to focus on actually what was going on on screen.

I gave him some tips and I referred him to podcast number seven where I interview Lindsay Kenny, one of the 29 EFT founding masters on what subconscious resistance is and how to overcome it and it was a little tap along in that. I told him clear the resistance and then go over that video again.

Anyway, what I want to read to you now is a testimonial of someone who actually watched that third video of the five videos in that “Overcome Fear of Negative Judgment Coaching Series” and it’s a comment by Jack. Here we go.

“Super helpful video as resistance it’s my biggest struggle. Most of the time I do tapping I have to force myself to do it because deep down I don’t think it’s really going to work. After going through this video, I feel a lot more positive and excited about getting to work on it. So, thank you very much. Also, your diagram on the whiteboard was great. It makes things really easy to understand”.

So, here you go. That’s a little primer or a little intro into “Testimonial Tuesdays”. I’m going to be keeping it super short like that. So, those videos won’t be as long as this one is. There will be very little explanation. It’ll just be this is a testimonial, this is what it says, there you go.

Some of them will be more thrilling and exciting about, “Hey, I overcame my social anxiety and blah, blah, this is amazing and now I’m free” and others will be like, “Hey, I make progress and this is the progress that I made. I overcame my resistance” or “Hey, I used to be anxious in this situation and now I’m not anymore”.

So, you won’t just hear from people who make the complete transformation. You will also be hearing from people who moved stages because they’re actually several stages that you go through on a journey from social anxiety to social ease and I’ll be talking about that more. You’ll hear more from that as we go.

So, in conclusion “Testimonial Tuesdays” is coming up.

If you are not getting any particular results or you get distracted in your tapping, that’s a clear sign that you’re dealing with resistance and you need to overcome that resistance.

Because when you really feel “I can or I will overcome it” now you’re excited, now you have the right kind of energy, now your subconscious mind is on board with your conscious desire of being socially at ease. And then the transformation that you’re going to make is not only going to be a lot easier but the results that you’re going to get are permanent.

So, very important and if you want to learn more about that go to podcast number seven of my podcast series which you can find in iTunes or go to social-anxiety-solutions.com/podcast.

So, look out for that and yeah, I’ll talk with you soon. And of course, remember to subscribe if you haven’t already on this video. Okay, talk to you soon. Bye for now.

SEND ME MY FREE MASTERCLASS 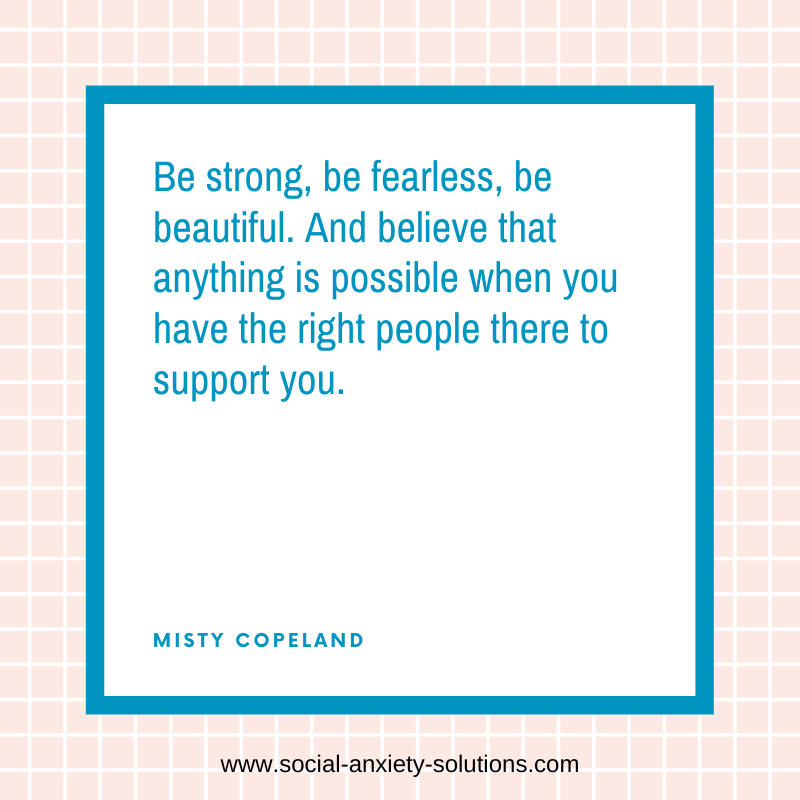 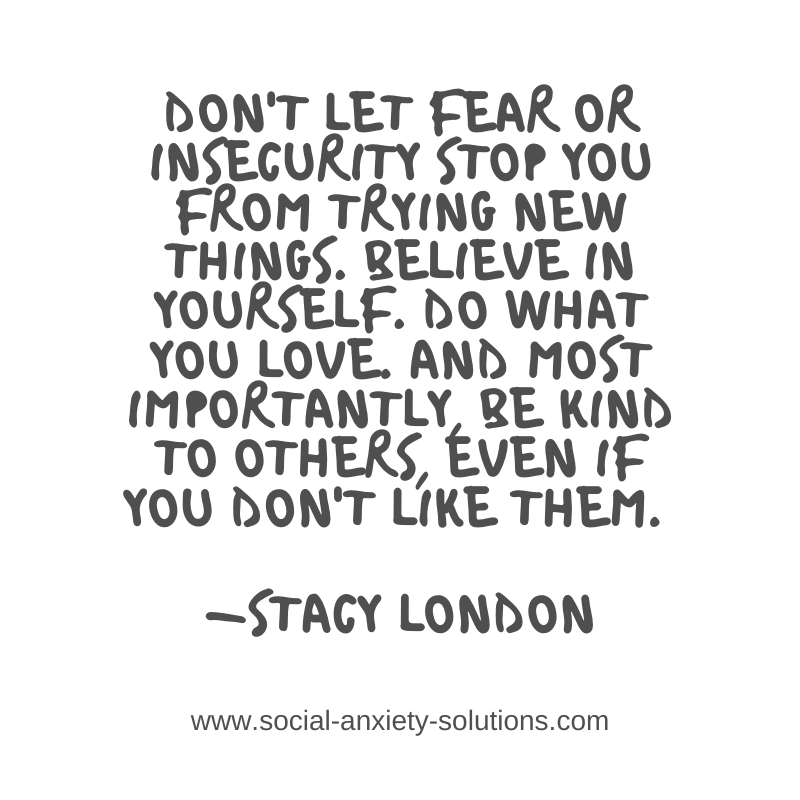 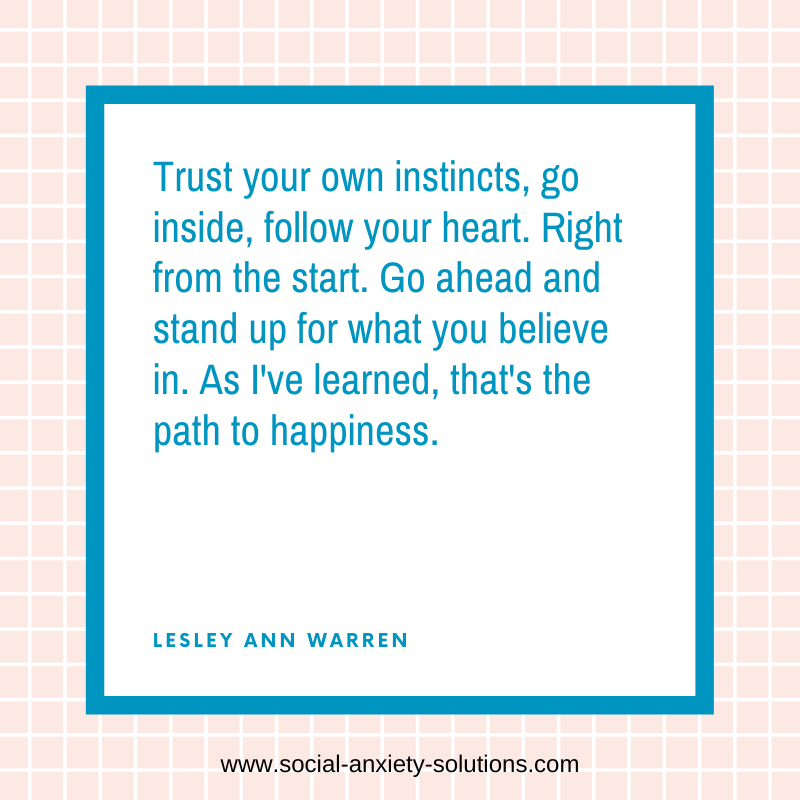 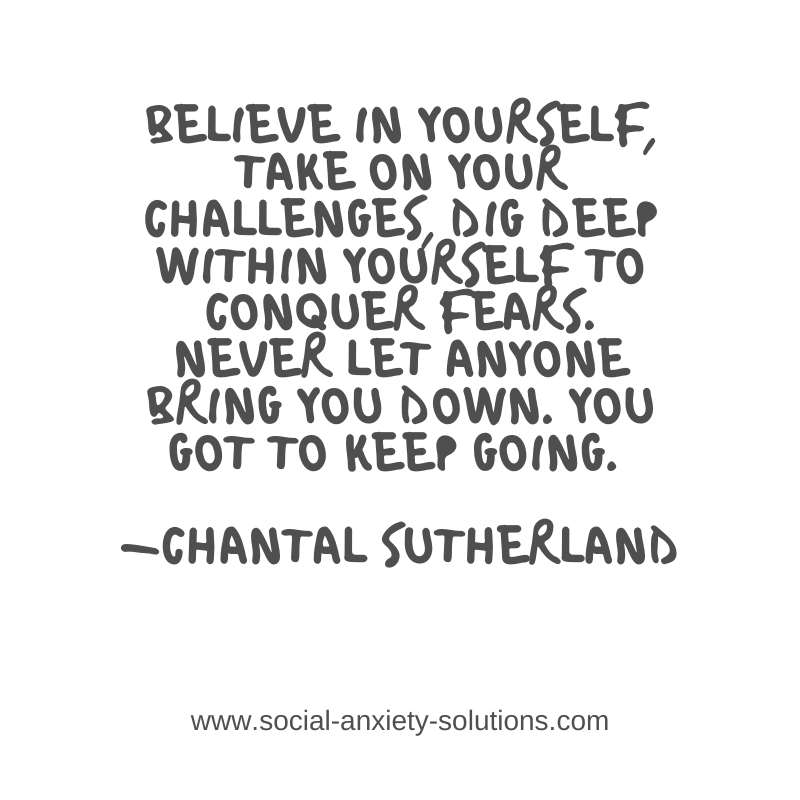 Join me
Latest posts by Sebastiaan (see all)
Previous post Heal Core Social Anxiety Issues by Watching Others Next post Fear of Others Seeing You Anxious
Social Anxiety Solutions © 2019 All Rights Reserved.