Significantly Reduce Your Panic Attacks With This Simple Technique

Does talking in front of a group of people makes you nervous?

Have difficulty breathing when having panic attack episodes?

You are not alone!

In today’s episode, you will get answers to:

Have any questions with the strategy I just talked about? 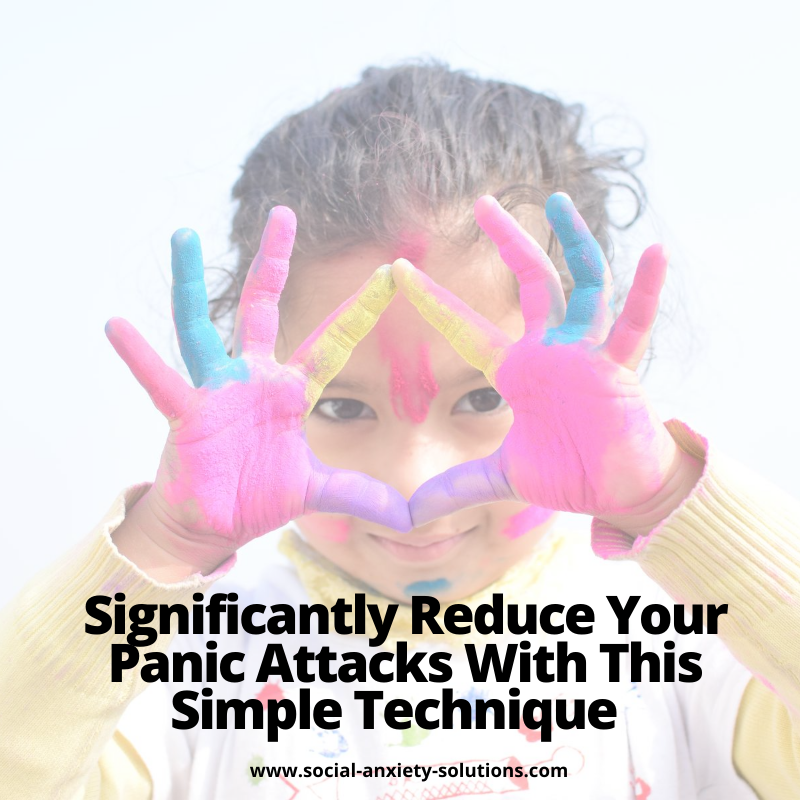 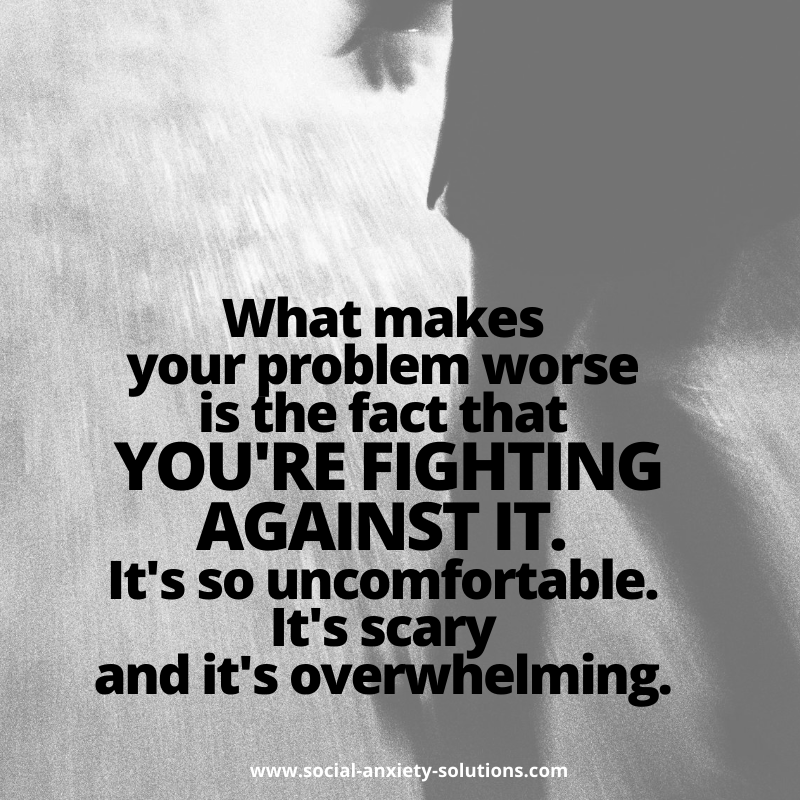 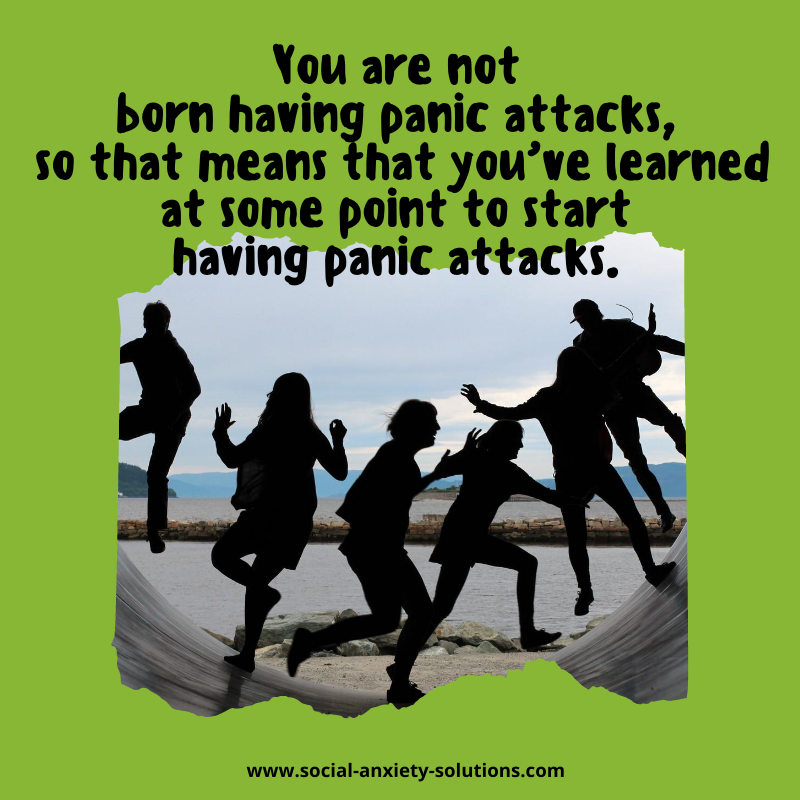 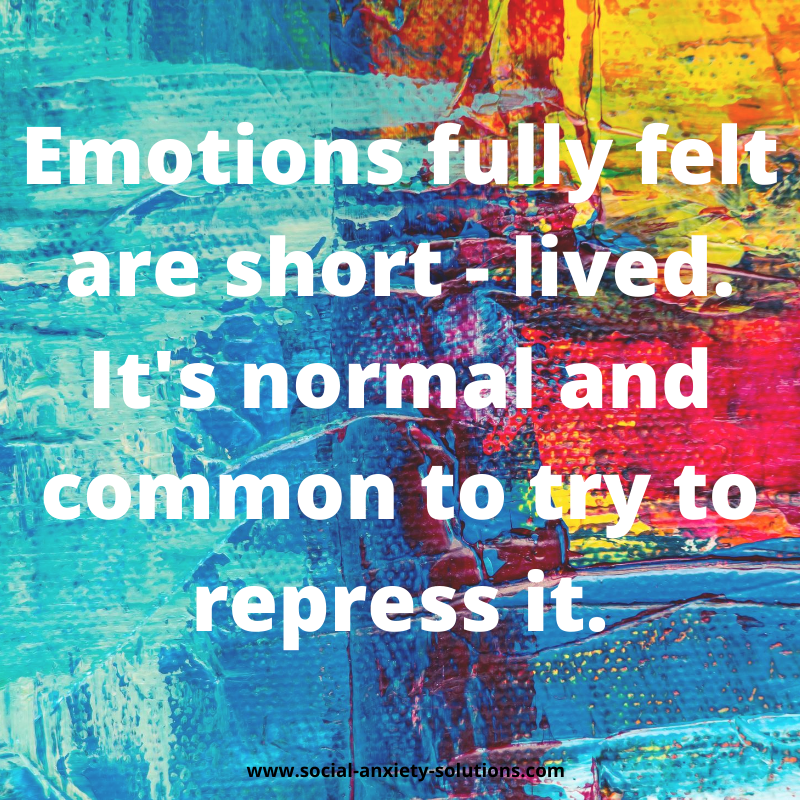 Hello! This is Sebastiaan from Social Anxiety Solutions. I am a Social Confidence Coach and I’m answering questions of people that have Social Anxiety and stuff.

First of all, the problem that you’re having is very difficult, obviously.  But it’s not a problem that typically will go away just like that. But I have a couple of techniques that I’ll share with you because you can make progress pretty much just like that. Then, you will need to look at why the actual problem with a panic attack is there in the first place.

So, first of all, what makes your problem worse is the fact that you’re fighting against it. That makes total sense because it’s so uncomfortable, it’s so scary, it’s overwhelming. You’re afraid of the feelings that you’re having, and especially when they’re happening in a moment like that. The last thing you want to do is to allow those feelings to be there and be okay with the feelings.

You want to fight them and push them away, control them, pretend that they’re not happening. But guess what, that’s actually firing them up; that’s letting them grow even stronger. So, the advice, the initial first step advice is to actually do something counterintuitive, and that is to say YES to those panic symptoms. To allow those symptoms to be there. To give them permission to be there. To welcome them. And in fact, it’s a lot easier to do that when you’re in the comfort of your own home. So, when you’re in the comfort of your own home, you can imagine doing a presentation, or you can recall the last time you did a presentation; and you close your eyes and see what you saw, hear what you heard, you get all the details right. Where were the people, where were you standing, what were the people around you doing, what was the sound?

2014 – I was doing an Emotional Relief Mission in the Philippines because there was a superstorm or Super Typhoon Haiyan or Yolanda had wrecked the Philippines. More than 2 million people lost their houses, 8,000 people died, and we went to the worst hit area to help the traumatized people overcome the trauma of the storm. Now, I’ve seen all the horrible things. Corpses all over the place, they were without food and drinks for three days, it was horrible. They lost a family member. It was really, really bad.

And while we were there with our team of therapists, and EFT specialists (tapping specialist), I was observing that time, my colleague Steve Wells, work with a volunteer in front of a group of traumatized people. That person has lost her mother in the storm. He had seen his mom flowed by, captured by the storm, because there was an I think 8-foot flood that washed through the village. That’s actually how most people died. Most people drowned, it wasn’t because of flying things that caught some of them, but most of them actually drowned because they were hiding in their houses, and go up to the floor.

Anyway, this lady was caught by the flood and so, he saw his mom flushed away, or like get taken by the storm, and so his mom died. He was so pissed off at the storm, he was pissed off at Yolanda, so while he was tapping, and feeling that anger, what Steve Wells, Psychologist, and Tapping Expert did is he said “Get angry at the storm. It’s normal that you’re angry. Get into it! Make the anger go stronger. Encourage that anger to go even stronger; get even more pissed off at Yolanda. How unfair it is! He took your mother. Get even more angry!” He encouraged the guy to get more and more and more angry. And as he did, after a couple of minutes, *BOOM! * he burst out at the massive crying.  His anger was actually his Secondary Emotion. He allowed that repressed anger to be there and with tapping, it got processed. Now, he could tune into the actual more deeper healing of the sadness – of the loss of his mom.

That’s an example of what can happen when you allow your emotions fully. Emotions fully felt are short-lived. It’s normal and common to try to repress it, and to try not to be anxious, and to get a panic attack, to go away. But that doesn’t work. In fact, it’s like adding fuel to the anxiety fire. It just makes it work worse. And when you’re allowing, and you’re accepting, and you’re saying YES to it despite the discomfort, trusting that “Hey! This is just uncomfortable sensations in my body. They’re terrible, they’re horrible, they make socializing very difficult, they’re limiting my life. But I can actually handle them”. And tap while you allow them to be there. That’s going to change your reaction to that panic attack. That’s your first-aid solution.

Then you need to actually look at why that panic is there in the first place. Well, you are not born having panic attacks, so that means that you’ve learned at some point to start having panic attacks. There was likely a first time where you had your first panic attack. That’s a particular experience you want to do the tapping on. You want to neutralize that experience. Then, there’s a reason why in the first place you have that panic attack. That’s because of your belief system. I can’t go into that. That’s going to make this a very long video. So, there’s a deeper inner work that needs to be done because there was a reason why you were having a panic attack and someone else in that same situation would be totally fine. You need to look at that. But I’m just giving you these two quick tips. Just addressing that.

It’s likely not going to make it go away already, completely. But it’s going to reduce the problem.

That’s it for me. Hope this is helpful for you and I’ll connect with you soon. Bye for now.

Join me
Latest posts by Sebastiaan (see all)
Previous post My Social Anxiety Came Back! Why? Next post How EFT Can Significantly Reduce Your Social Anxiety
Social Anxiety Solutions © 2019 All Rights Reserved.