Use The Power Of Belief To Your Advantage

When I first discovered the power of belief I was about 16 years old. At the time I was in an almost constant state of social anxiety or depression. I was also very frustrated as I didn’t see a way to get out of my misery. My social anxiety was at it’s peak here.

By coincidence -though I now believe there is no such thing- I got my hands on Napoleon Hill’s famous book “Think And Grow Rich”. I read the book from start to finish in 3 days. The most interesting part in the book was about the power of belief. Here’s one of his great quotes that inspired me in my path to recovery:

“Whatever the mind can conceive and BELIEVE, it can achieve.”

So if I believed I could get over my social anxiety, I could! “There is a way out of this misery!” , I told myself. From then on I got some hope and that’s all the encouragement I needed to take charge and try to make my life get better.

Unfortunately it wasn’t all that easy and it took me years of searching for tools and techniques to start seeing some results. But I found out, after reading more and more things on the power of belief, that how you view the world is all in your mind. And what is in your mind you can change. If you change the beliefs in your mind, you get different results. Different emotions. That was exactly what I was looking for… Anything is possible, as long as you believe that it is. This article is meant to open your mind, to get you thinking. I’ve written it to hopefully inspire you and motivate you to use the power of your mind to create the life of your dreams.

One of the most famous stories regarding the power of belief is the story of Roger Bannister. He was an Oxford student that was a talented runner as well. He proclaimed that he was going to run a mile in under 4 minutes. In all of history no man had ever achieved this. Doctors declared it was impossible. The heart would not be able to handle the strain, the lungs would not have enough strength and they said one might actually die in the foolish attempt. People believed it was impossible… Roger Bannister believed otherwise. He believed it was possible as he saw himself improving and getting faster every year. He refused to listen to what people said. Day in day out he trained and so sharpened his mind and body. He was convinced that slow and steady training would get him to break the 4 minute mile record. 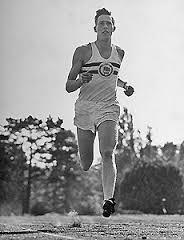 The remarkable thing is however, that one month later the impossible was made possible by yet another runner. And in the following year more and more people started to break the 4 minute mile. Did the runners all of a sudden become better runners? Or was it that they now believed it was possible to break the 4 minute mile? What is possible and what is not is all in the mind. Most of life’s limitations come from within. But once you break these limitations and get out of your mental prison you realize that your biggest limitations are your beliefs. So now that you know of the power of belief, how can you use this to your advantage? Do you believe you can overcome your social anxiety? Do you believe you are worthy? Do you believe you can become a socially well-adjusted person? Do you believe you are deserving of a great partner? If you say no to any of the above you are using the power of belief to work against yourself. Because it is all possible. In fact, anything is possible as long as you believe it’s possible.

Not Believing In The Power Of Belief Is A Belief In And Of Itself!

When I was in my worst mental stage of my social anxiety, I had a hard time believing in the power of belief. But since I was so desperate and didn’t see a solution, I badly wanted it to be true. I was simply afraid I would have to live like this for the rest of my life. That’s why I kept at it and eventually was able to convince myself of it being true. After doing affirmations for a while, the first tool that actually got me some results, I started to find evidence in the world of it being true. After this I knew for a fact that the power of belief was something that was going to help me in conquering my social anxiety. I like to give you 2 more examples of the power of belief. To convince you, to make you believe in it!

Just watching a couple of his video’s will open your mind about what is possible in changing your own mind, emotions and thinking. He works a lot with NLP and hypnosis. One thing in hypnosis is that you are as good a hypnotist as you believe yourself to be. Let’s just say he’s very good at what he does…At 2 minutes 32 seconds he says this to the guy “It will work because you believe that it will work”. Now the guy is a bit hesitant and it doesn’t work, the lady doesn’t fall for it. But then Derren Brown steps in and makes it work. Now even though he does some other things subliminally, the main thing why it works is because he believes without one bit of doubt that it will absolutely work.

That is exactly how you can use the power of belief for yourself.. New beliefs that you form will work, but only when you believe that they will work.

Affirmations as mentioned earlier are a good way of convincing yourself. Reading the pages on this site will help you in doing so also. Believe me, this really works. Start believing in the power of belief.

Subscribe to the free Secrets Of Social Confidence newsletter and receive your “Social Anxiety Destroyer Starter Kit” within minutes!

This consists of 2 video’s with accompanying PDF’s you can start watching in minutes from now. These will teach you some simple to use, yet very effective techniques for dealing with anxiety. Doing so will help you out immediately in dealing with your social anxiety. Fill in your name and email address, then click on the subscribe button to receive the next issue of Secrets Of Social Confidence!

The moment I receive your confirmation, I’ll send you the “Social Anxiety Destroyer Starter Kit” so you can take your first steps towards social confidence.

Go from Power Of Belief back to the Homepage