I Can And Will Overcome My Social Anxiety [Follow Along]

Do you want to #overcome your #SocialAnxiety?

Is there a part of you that is #doubtful whether you really can overcome your Social Anxiety?

Then this video is perfect for you!

Follow along with this quick and simple tap-along exercise, and you’ll be instantly #motivated knowing that you can and will overcome your social anxiety.

To help you further in starting your #JourneyToSocialEase, get your FREE Social Confidence Starter Kit here: https://bit.ly/socialconfidencenow

With the proper guidance, combined with #commitment, #determination, and #persistence, you will achieve social confidence. You got this! 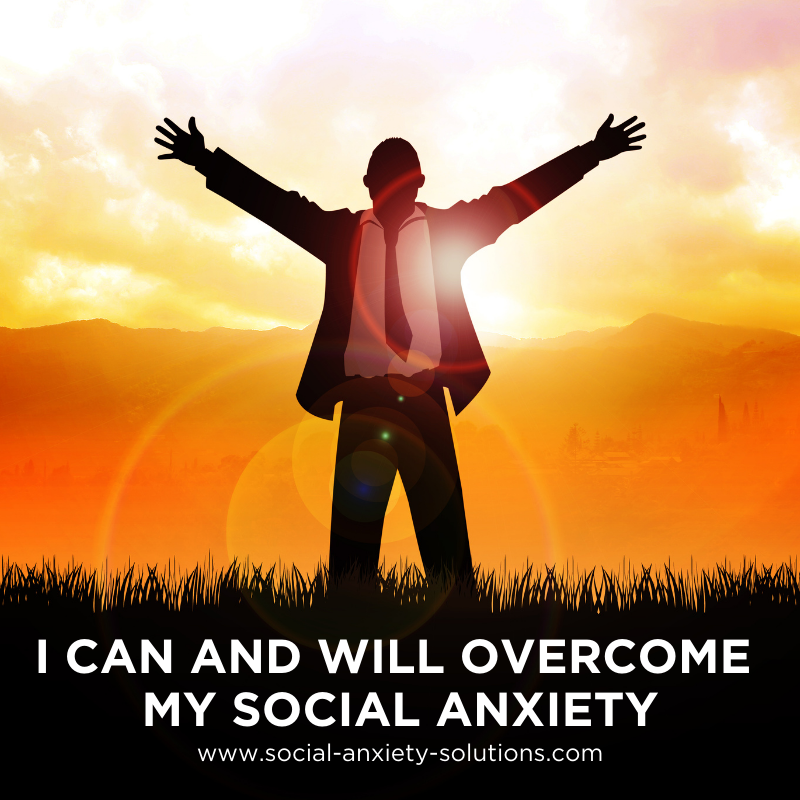 I have an exciting tap-along for you that’s going to help you feel more empowered and more hopeful that you’ll overcome your social anxiety.

Hey, my name is Sebastiaan, from social-anxiety-solutions.com.

You might be aware of the fact that I’ve been promoting my Social Confidence Club quite extensively with video testimonials and so on. And we’ve closed registrations. It’s going to be closed for the rest of the year.

But as one of the first videos of the Social Confidence Club, I created a little tap along to help people feel even more optimistic than they already were. And I thought, “hey, that would be a nice video tap-along to do for my YouTube channel as well.”

It’s edited. You don’t get the little preamble because I talked about the five stages and how we’re going to work through that, and I set things up, but you don’t get that.

You don’t get that intro because it doesn’t apply to you, per se. And then there’s a little outro, which you also don’t see.

So, you just get the tap-along portion of it. Without further ado, let’s go.

Let’s just start tapping on the side of your hand. And just close your eyes for a second to start. And while you’ve got your eyes closed, just listen to the sound of my voice.

And I know that at this moment, you’re already aware of the fact that you can change.

But there is still a part of you that might still believe it’s not possible or it’s difficult that you won’t get there, it’s too hard to believe, maybe you don’t deserve it, etc.

And I want you to connect with that part of you that’s having some doubt, and it’s okay for that part to be there.

Just allow that part to be there.

Just rate it on a scale of 0 to 10. And then, just open your eyes and follow along with me.

Repeat after me out loud. Say what I say, repeat what I say, tap where I tap monkey see monkey do. Easy. Alright.

Even though I feel pretty optimistic about this

I think I can overcome my Social Anxiety

Or at least I’m hopeful

And I want to accept both parts of me

Or at least try to accept both parts of me

Under the nose – I can really overcome this

Collarbone – Yes, I can!

Under the arms – Who am I kidding? This is too difficult!

On the liver point – Others have done it too.

On the wrist point – But they weren’t as messed up as me.

Top of the head – But tapping really works!

Beginning of the eyebrows – What if it doesn’t work for me?

Side of the eyes – What if I’m one of these tough cases?

Under the eyes – And do I really deserve to be socially at ease?

Under the nose – Sounds too good to be true

Chin – But I got to stay optimistic!

Collarbone – I have to be positive

On the liver point – And it’s okay to have doubt.

Wrist point – That part is just trying to take care of me.

Under the eyes – And I’m making that okay

Chin – There’s another part of me that’s more optimistic

Collarbone – And I’m going to let that part of me run the show.

Under the arms – I’m going to give space that a part of me that’s doubtful.

Wrist point – And I can gather some results for myself

Side of the eyes – That it might take some time

Under the eyes – That it won’t happen instantly.

Under the nose – But I’m committed to the journey to social ease.

Chin – And that commitment keeps me going

Collarbone – And results will motivate and inspire me.

Under the arms – And tapping really does work.

On the liver point – It’s scientifically proven to be effective.

Wrist point – Lots of other people have gotten great results with it.

Beginning of the eyebrows – Are completely different than what I’m doing right now.

Under the eyes – I’m now supported on my journey.

Under the nose – There are lots of people with this challenge that I have.

Chin – And it’s a challenge that I have

Collarbone – It’s not what I am.

Under the arms – I have a challenge.

Liver point – And now I’m working on that challenge.

Top of the head – I learned this…

Beginning of the eyebrows – through programming and experiences…painful ones

Side of the eyes – My brain learned to see threat!

Under the eyes – And I can neutralize those experiences with tapping.

Under the nose – I can undo that programming.

Chin – I can shift my beliefs

Collarbone – And I don’t have to do it alone anymore.

Under the arms – This time I’m guided along the journey.

Liver point – I think, I might be able to do this

Wrist point – There’s accountability in place. And it’s not that hard to do this a couple of times a week.

Top of the head – I got this. And even if I have some doubt, I choose to show up and take action anyway.

Alright.  I hope that was helpful for you.

Here’s what I want you to do right now put in the comment section below how you’re feeling after having tapped along with this.

And I’ll be there in the comment section with you.

Alright, looking forward to hearing from you. And I’ll connect with you very soon. Bye for now. 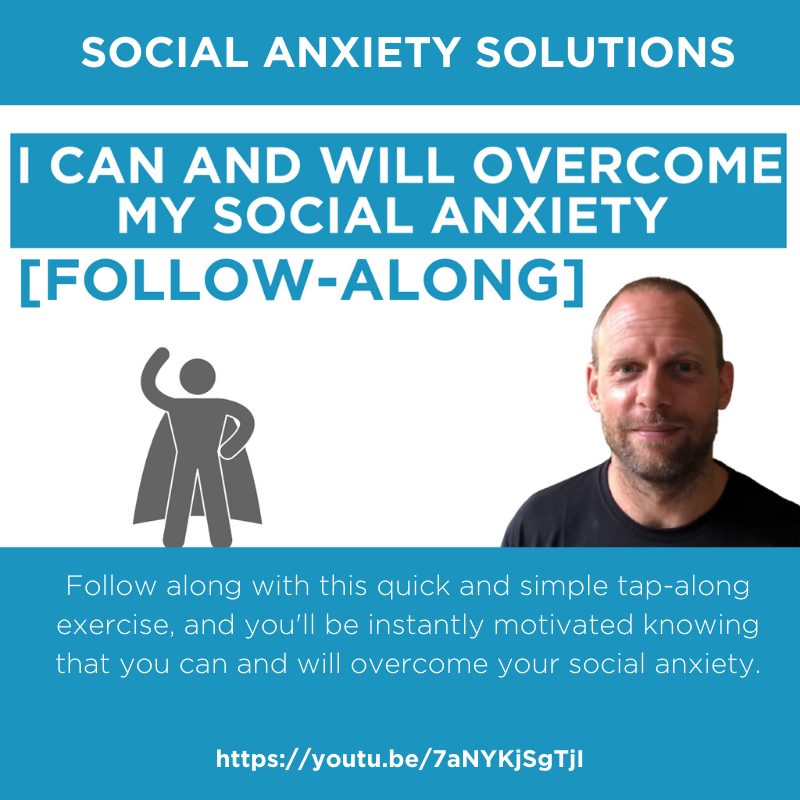 Join me
Latest posts by Sebastiaan (see all)
Previous post You stop worrying…but you’ll still care! Next post How Do I Use EFT To Beat My Social Anxiety
Social Anxiety Solutions © 2019 All Rights Reserved.