How to shift your limiting beliefs

What are your limiting beliefs?

And how can it affect your mental well-being?

How can you shift your limiting beliefs?

In this episode, Sebastiaan will be sharing a new perspective into helping you see things in a different way.

Go check it out! 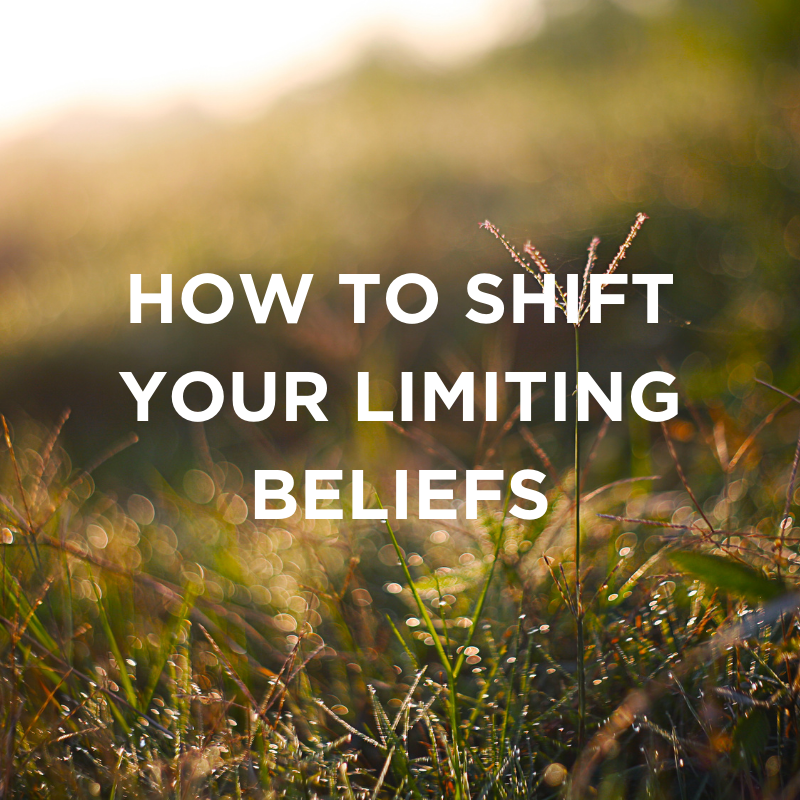 What you believe about people, circumstances, and events…

In other words, your empowering beliefs or your limiting beliefs…

I’m talking in particular about limiting beliefs. Let’s have a look at that right now.

My name is Sebastiaan from Social Anxiety Solutions.

And welcome, I’m going to talk a little bit about limiting beliefs.

So, for the longest time, I walked around with a particular belief that went something along the lines of, “People are mean and out to get me.”

Because that was my experience, I had experienced lots and lots of that happening in my life.

You could say, I was threatened.

I had a lot of people cutting me down.

And then there are some exceptions to the rule – some people are kind, but the vast majority of people are mean and out to get me.

As a result of that belief, I of course, also felt a lot less safe to be myself. And I felt a lot more guarded with other people.

And a lot more “We’re not buddy-buddy here. We’re at war here with each other.”

And that contributed to my Social Anxiety.

What I’ve since discovered is, that belief was just – that it was a belief, it was a trance of my mind. It wasn’t actual reality.

Now, that Social Anxiety hasn’t been a problem for years, and I feel at ease socially…

My experience is that almost no one is mean, or out to get me.

Like, I can’t think of a concrete example. Well, I can think of one actually. But that’s a particular circumstance.

But in general, the vast majority of people are nice. They’re friendly. They’re kind.

That’s the reality of the situation.

Now, you might think, “Well, that might be where you’re living, or that particular neck of the woods.”

But I’m traveling all over the world, right?

But actually, the outside world has remained the same and my internal belief has shifted and changed.

I have done the healing.

In other words, I’ve healed those painful experiences, those traumas that caused me to see the world in such a way that:

That was my experience when I was little boy.

As a result of that, I developed a belief system that says, “This is how it is.”

Then, because our brain looks for evidence to prove what it already believes – it’s called a Confirmation Bias.

And you look for evidence that is like, “See, this person behaves mean to me. So yes, I’m right about this.”

And now the belief that people are mean and out to get you grow stronger.

You’ll also start to filter behavior that could be perceived as mean, that actually isn’t mean at all.

And not only that, we also elicit that behavior from other people.

So, I believe that people are mean and out to get me. As a result of that:

And I’m gonna get this ‘Seb’ kind of behavior. I was also very arrogant and cocky.

And that’s also eliciting in other people like, “Men, let me see if I can sever his legs” if you know what I mean.

And so it’s just your belief system.

My mentor, who’s a Psychotherapist of 30-plus year, a therapist.

He says, “You’re in a trance of the problem and it seems so real. That’s the tricky thing – your limiting beliefs, they seem so real, you can be so convinced that this is the reality. I’ve experienced it over and over, yes, but change your beliefs, and your experience of the outside world is going to change.”

So when you instead believe that people are generally kind and friendly, now, you don’t have a closed-off stance (so much, at least).

You’re not going to be mean towards them.

You’re going to have different behavior.

And now, that does a lot of good for the Social Anxiety because now it’s a lot safer to be yourself.

That’s your ultimate outcome – feeling totally safe to be you, then there is no anxiety, right?

Because that’s the game we’re playing.

Authentically expressing whatever comes to mind…

… liberation, that’s what we’re after.

Updating your false beliefs is a massive part of that.

Because as long as you’re filtering the world through the lenses that caused you to see:

and in particular events that’s leading to your brain activating the fight-flight-freeze response.

And as a result, you experience the Anxiety.

Is this really real what I’m believing about people?

Is this really real what I’m believing about the world?

Is this really real what I’m believing about the circumstances?

And what they are thinking of me? Is that really real?

Or is that the trance of the problem?

Is that reality? Or is that my belief system, convincing me that it is reality?

Because in many cases… it is the latter.

Now, in some cases, it isn’t. But that’s a story for a different video.

… THEY ARE IRRATIONAL. THEY ARE NOT ULTIMATELY TRUE.

Yes, your experience has been true that it was like that. But that’s because you’ve evoked that behaviour just like in my story. It’s a personal story, it’s a true story.

Because what is a belief? A belief is nothing but a thought that you believe to be true.

And why do you believe that thought to be true? Because it feels true.

But why does it feel true?

Well, you feel that in your body, and you have emotional evidence of that truth.

So I had reference experiences with my mom, with my stepdad, later with a whole bunch of people – that people are mean and out to get me. They don’t want me. They don’t like me.

And by neutralizing these reference experiences, I could shift that belief to the point where I no longer believed it.

And now there was an opening to start believing and seeing the truth of reality – the vast majority of people are actually nice, friendly, and kind.

This is just an example of one belief.

There are many beliefs that need to be shifted and altered. And this is not a perfect example.

But the core concepts of what I’m sharing here about beliefs – that’s what I’m trying to portray here with you.

And I hope that gets you thinking a little bit about what’s possible and what’s going on in your mind.

I hope it inspires you like, “Hey, I can shift and change this. When I change things on the inside, my experience of the outside world starts to change, starts to improve.”

Alright, hope this has been helpful.

It’s Seb from social-anxiety-solutions.com, I’ll connect with you very soon. 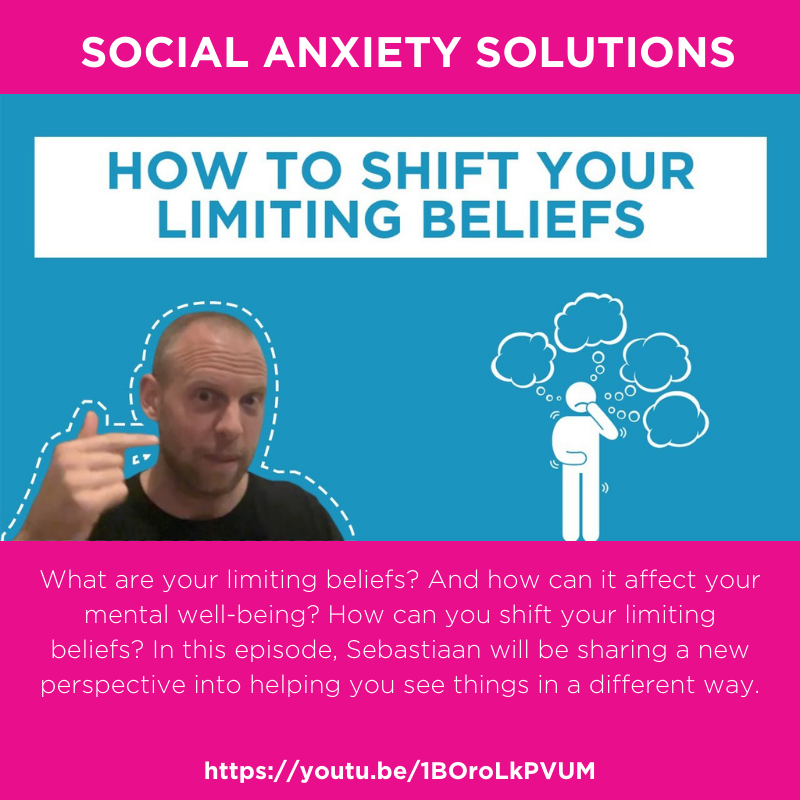 Join me
Latest posts by Sebastiaan (see all)
Previous post Unrealistic Expectations On The Journey To Social Ease Next post Do you feel… ‘different’?
Social Anxiety Solutions © 2019 All Rights Reserved.