Getting Through Tough Times

Life can be downright difficult. If you’re going through something then I feel for you and I’m sharing an experience here that I’m currently dealing with. And I’m sharing what I’m doing to get through it.

When you’re confronted with all of the painful emotions from a bad event your instinct might be to not face it, but I want to share a more helpful approach.

Give it a go and see if you gain some relief and perspective. 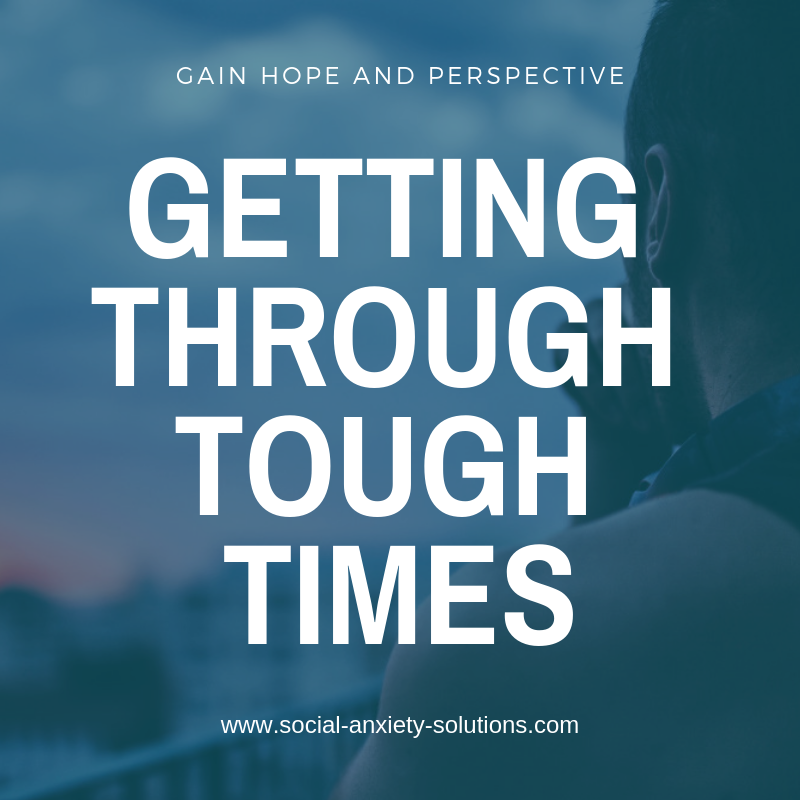 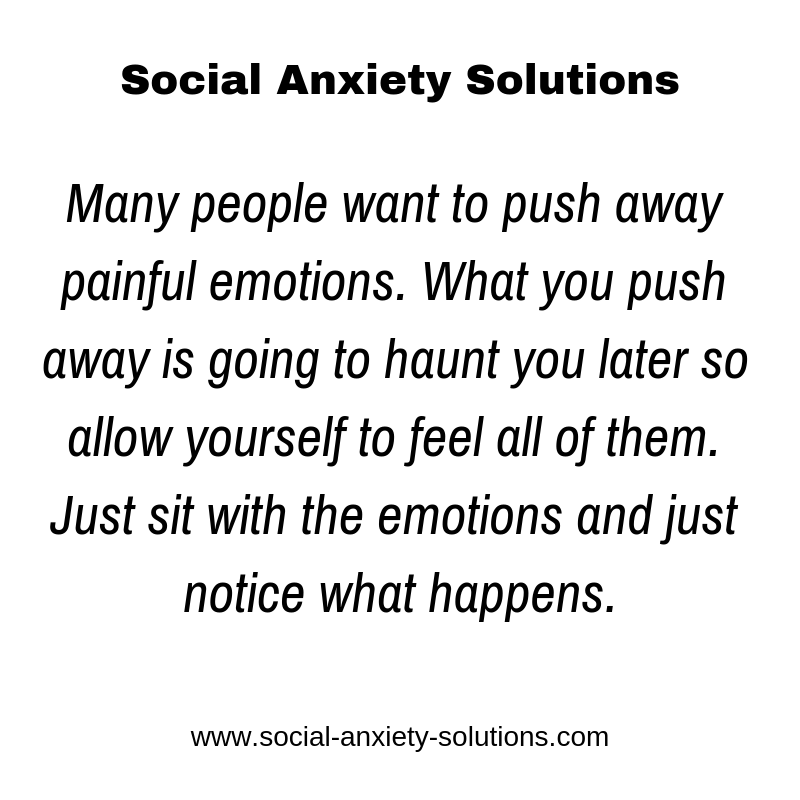 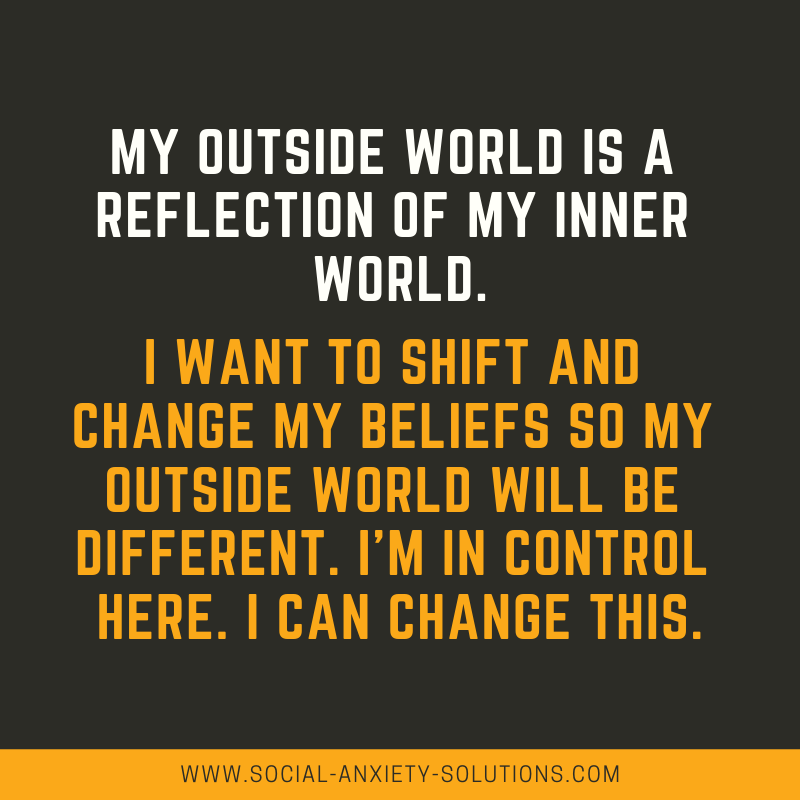 Sebastiaan: Hello, this is Sebastiaan from social-anxiety-solutions.com. I have a beautiful background and I was watching this, and I thought I should shoot you a bit of a video and I’m not the only one. People are checking this place out, it’s gorgeous. You should actually see it in real life but hey, it can’t really happen.

I just wanted to share with you my inner process how I’ve dealt with that or how I’m dealing with that because this is about 15 years of figuring out how to deal with problems as they come up and having a particular perspective on it that still helped me to remain in a relatively good state. Not as joyful as maybe I usually am but still in a pretty good state.

Something happened, whatever it is, I won’t elaborate and after that happened, I felt all the emotions that I just described to you. And rather than running away from them or avoiding them, I allowed myself to feel all those feelings. So, to feel the sadness, to feel to hurt, to feel the misery, to feel the disappointment. And I really just dove into it so to speak because I know that it’s good to do that. You don’t want to avoid your emotions, you don’t want to push them away because what you resist – persists and what you repress is going to haunt you later. And because I know that I’m like, “All right, I’m going to sit with these emotions for a bit and just notice what happens”.

So, I sit there for hours and as I was sitting there, I also know that when you’re in that particular crappy state of mind your thinking is not helping you. I took out my journal which I always have with me which I write in every single day and I just observed what was going on in my mind, what kind of torturous thoughts were going on for me, what kind of negative pessimistic disastrous thinking was troubling me. And so, I wrote that down. I just wrote a few pages and at some point just checked in intuitively, “Is it a good idea to tap while I’m observing these emotions that are going on for me?” And sometimes it was a “yes” so then I would tap a little bit and I would just sit, and I’d do some other techniques.

But basically, I just sat with my emotion and I wrote down what was going on in my mind and I put it to paper. Then I started focusing on these thoughts that I had put down and I started adding tapping to it which kind of brought me a bit of relief as well.

Now then I sat there for maybe a good two and a half hours and I started to gain little bits of relief, little bits of insights. Certain thoughts that I was getting were helping me feel a little bit better, give me a little bit of relief. Whenever I noticed the thought like that, I wrote it down.

Thoughts that I wrote down for example were, “I feel really upset right now but I know that emotions come and go. There’s a due date, there’s an end to these emotions. So, it’s alright, I can handle it”.

All right, that was a thought that I wrote down for example. Or another thought was “Life’s biggest challenges hold life’s biggest rewards” which my coach once told me which is absolutely true. That means that since it’s really crappy right now it’s a big problem for me mostly internally, that means that as I work through it and resolve it there’s going to be tremendous benefit on the other side of it. That also brought me some relief.

Then I wrote down like “I’m feeling this way likely because I’m overreacting to the situation at hand. I’m reliving old feelings from back then which is why I feel so much pain and I know that I can release those old feelings because I’ve done it a million times before”. Now that’s why I don’t have social anxiety anymore and this problem is not related to social anxiety. I knew that I could do to work so to speak.

Anyway, I wrote a whole bunch of thoughts down that were helping me have perspective. After that I’m like, “Alright, I’ve done enough. Now I’m going to distract myself. I just checked in intuitively, “Hey, should I be sitting more? Should I be mourning this more? Should I be continuing to be with my feelings and with my thoughts or have I done enough right now?” And I thought, “Okay, I’ve done enough right now”. Just experience, intuition, checking in with my truth so that was like cool.

Then now I’m going to distract myself, I’m going to hang out with some friends. I went to the social night which is like social dancing with the salsa dancing and we were going to go to a different city to where the best social dancers are coming but I’m like, “I don’t want to go there and not have the option to quickly go home if I really don’t feel well”. So, I cancel that. I said no to the people who I said, “Well, maybe I’ll go” because it’s okay to say no, I don’t have a problem saying no, I used to have a problem saying no but I resolved that issue. That was a pattern in my mind that I couldn’t say no because of “Oh, what if I say no and they’re going to be upset with me. They won’t like me anymore blah, blah.”

None of that is going on anymore so I just say, “Hey, I don’t feel very good”. By the way that’s another thing, I openly express my feelings. They’re like, “So, how’s it going? – I’m having a shit day. – Why? – I don’t really feel like talking about it but I’m not having a great day, so I don’t feel like going. – “Oh, alright, that’s it right”.

And so, I didn’t go. I had two beers like the hell with it, I’m allowing myself to have two beers. I used to be a big drinker, I hardly drink now maybe once every four-five months but it’s more the exception than the rule now. But I’m like, “Fuck it, I want to have a couple of beers, I’m going to have a couple of beers”. So, I had a few beers and then I went out dancing and when I was amongst friends and there was nice music playing my mind was distracted and now, I’m dancing. And I love dancing, I got him into it I’m almost obsessed about it.

That was good. I sat with friends, joked around, had a good time. And then when I started driving home afterwards, I started getting into the crappy feelings a bit again. Then when I came home, I sat with my feelings again for a little bit and then I read over what I had written prior and that kind of reminded me, “Oh, yeah, right, there is this other perspective. I don’t have to go into this negative loop of thinking. There is the truth and there’s the bullshit of my mind.

That helped me kind of gain perspective and then I sat down, I meditated a little bit and then and then I had some more insights, some thoughts that helped me and I wrote those down as well. I kind of zoomed out my perspective. Rather than being super focused on what was going on right now here in a moment my problem itself, I just looked at it from a big bigger perspective like, “Okay, well, I’ve created this problem in my life as a result of my beliefs. My outside world is a reflection of my innermost held beliefs. I want to shift and change my beliefs my outside world is going to be different. I’m going to experience the world differently. I’m going to feel differently, I’m going to behave differently, people are going to respond to me in a different way. I’m in control here. I can change this.”

And anyway, at the end of the evening I felt pretty good. I didn’t feel great, I still had the deep sadness underneath and all of the crap but the perspective that I had about my emotions reduce my suffering significantly, massively and that’s also why I’m sharing this with you.

Now, this morning I saw one of my healing friends and I had a good healing session on the beliefs that were going on that are related to this problem and so on. My problem is not resolved but I’m doing pretty good. I go out dancing again. Earlier I went dancing with a friend so, I’m keeping myself distracted and I’m helping myself by doing these little things for myself and checking in with my thinking and writing thinking down that’s helpful.

I just wanted to share that with you and I now have to go because it’s starting to rain like crazy.

This is Sebastiaan from Bali. I hope this helps. If you have something that helps you when you’re having a bad day, let me know in the comments below. Subscribe here. I release videos like this every week. I’ve been doing it for a long time. First one in 2009, go look it up, you’ll laugh at what I look like back then and you’ll see how uncomfortable I was as well.

Anyway, thank you and I’ll connect with you again soon. Bye for now.