The technique I used to overcome my social anxiety is a scientifically proven to be effective technique that is now being used by millions of people worldwide, and is recommended by psychologists and psychotherapists.

It combines beautifully with Western traditional psychology and it gets far better results that just forcefully facing your fears.

Here’s what Steve Wells, (a psychologist from Australia that I interviewed on my Social Anxiety Solutions Podcast Show Solutions podcast show) says about it: 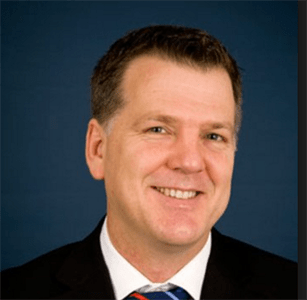 “A lot of people are doing exposure therapy, feel the fear and do it anyway, and that’s good, but you know what, for some people that’s really harrowing, it’s really tough, and what techniques like this do is at the very least they take the edge off at the beginning so that it becomes a little bit easier. And over time, it becomes a lot easier.

With exposure therapy you still feel some anxiety usually, but with this technique, when you get over something you don’t feel it at all, it’s gone. That’s what you’re after.” – Steve Wells

Now I realise this technique sounds too good to be true. And part of my job is not to convince you that it works, but hopefully to inspire you to give it a committed try.

So I’ll explain more about this technique in a moment. And guide you through an experience of it on video, so you can FEEL it work for you.

There are a few important I have to share with you so you optimally benefit once you experience the technique.

Because learning the technique alone and applying it may give you some relief, but won’t resolve your social anxiety. There’s a lot more to it and I want to share with you how to become anxiety-free.

I’ll explain how to get there as I tell you how I found the technique and overcame my social anxiety.

It all started with changing my thoughts and facing my fears.

After all, that’s what’s being taught as “the only thing that works”.

Our society is completely obsessed by it. You see it everywhere. In philosophy quotes, in the media, in the self-development industry, in marketing messages, everywhere.

It’s portrayed as the honourable thing to do. As the only road to success.

“Face your fears and the death of fear is certain”

NIKE – just do it

“Feel the fear and do it anyway”

The only way to overcome fear is to go trough it.

Now before I go on, first know that I am ALL FOR FACING YOUR FEARS!

You need to face your fears to overcome them and live a life of freedom and peace.

But, forcefully facing your fears is no longer the best approach.

With the techniques available today, forcefully facing your fears is ridiculous.

It’s like trying to kick in a heavy door versus simply using the door handle!

This is 2015. Like technology has evolved (Iphone!), so has personal development.

We have far more effective techniques to overcome fear and anxiety. And these also happen to be far more gentle.

Anyway, I started with facing my fears.

I faced some of my biggest fears.

I pushed through massive anxiety.

I dealt with prolonged awkwardness, embarrassment and discomfort.

And I did gain confidence after doing it.

But the confidence was ONLY TEMPORARY.

I started facing my fears somewhere before the summer of 2004.

I had discovered something profound through a self-help program. It gave me perspective on my situation.

I found out why I was suffering.

And that there was a way out of the misery.

That was a big relief for me, and inspired me to go for it no matter what.

But there was a big problem – part of the solution was “facing my fears”.

And I couldn’t be more terrified of doing so…

What I feared most back then was becoming embarrassed. Humiliating myself.

But even though I was terrified, I was willing to do whatever it would take.

Life was just too depressing. I saw myself as the biggest loser out there.

I was deeply ashamed of myself.

And I desperately wanted to prove myself not to be a loser.

I felt insecure around most people.

I couldn’t connect with people. I could give off the impression I was fine, most of the time.

But I was deeply insecure, anxious and uncomfortable inside.

And because it sucked so much to be around people, I avoided as many social gatherings I could stay away from with a clever excuse.

I was so anxious in most conversations that it was near impossible to actually listen to what someone was saying.

Often my heart was beating fast and I felt so anxious that I totally lost whatever was said.

In conversations I was trying to say the right things at the right time, and avoid saying something stupid. But it was really hard.

And as I felt anxious I just knew they could see my awkwardness.

Sometimes it even made them awkward, and that then made cringe…

I was constantly monitoring how I came across, worrying about how they perceived me. My mind was preoccupied with thinking of the right thing to answer.

Especially with guys I thought were “cool” or girls I was attracted to.

When I went to an event that I couldn’t get out of (a birthday party, work outing, going out after many cancellations and excuses) I’d come home exhausted.

Trying to control the way I came across -making people believe I was fine- took a lot out of me. It drained me.

So because they weren’t enjoyable, I started to avoid most of the difficult social situations.

And then when NOT in a social situation there was my mind constantly attacking me.

I was constantly worrying about my “reputation”.

Criticising and judging myself (and others), and making up worst case scenarios (and then fearing it would happen).

This nonsense was constantly occupying my mind.

And I couldn’t stop it.

My mind wouldn’t leave me alone.

I woke up anxious, and went to bed anxious (unless I was drunk)…

So I had sworn to myself I’d keep going until I had complete confidence in all social situations.

Because this self-help program said it could be done. It made sense to me.

But I had to face my fears.

So that meant getting rejected.

That meant talking to women.

That means doing the things I feared most.

And I actually did it.
I had made a decision to overcome my social anxiety no matter what.

Still have any question? Get in touch with me now!